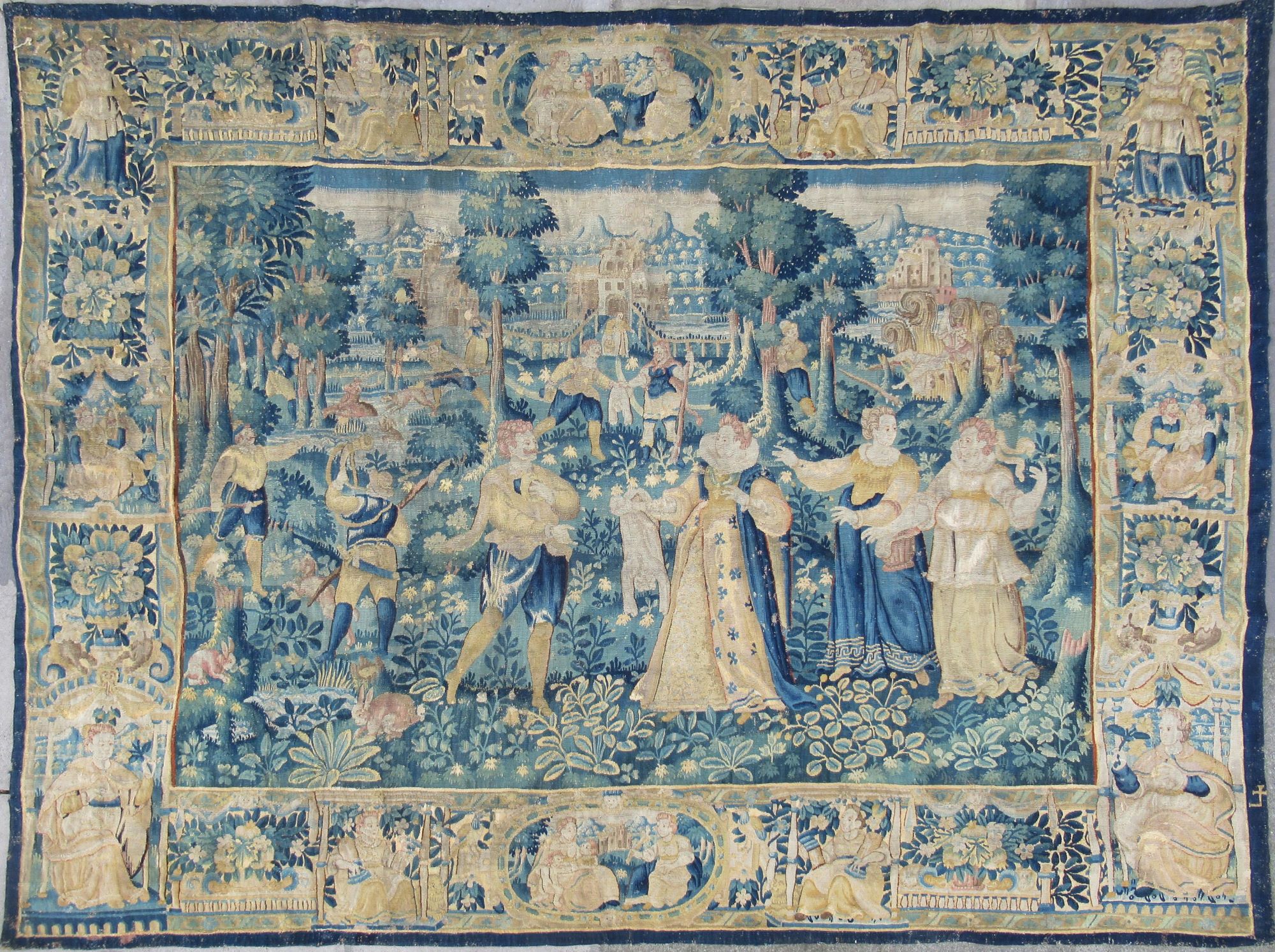 The Death of Heracles
Woven in Oudenaarde, circa 1580-1600
The tapestry depicts the events prior to the death and apotheosis of Heracles, as described in Sophocles's 'Women of Trachis', and in Book 9 of Ovid's 'Metamorphoses'.
Returning to Tiryns with his wife, Deianira, Heracles stopped at the swollen and raging river Evenus. The centaur Nessus, having offered to carry Deianira while Heracles traversed the river alone, attempted to violate her, and Heracles shot him with an arrow poisoned with the blood of the Lernaean Hydra. Dying, Nessus gave his blood-soaked tunic to Deianira, telling her it would have the power to rekindle a dying love.
When, many years later, Deianira learned that she might have a rival for the love of Heracles, she gave the tunic to the herald Lichas, to pass on to her husband as a gift so that he, unknowing, should love her again. Heracles, while sacrificing to the gods on Mount Oeta, put it on, and the poison that it still bore tore into his flesh. Despairing, he tore the surrounding trees from the ground and made of them a pyre, that he asked his friend Philoctetes to light. He placed the skin of the Nemean lion over the trees, and his club for a pillow, and laid down. His mortal body burned but his immortal inheritance from his father, Zeus, remained. Due to the heroic nature of his life Heracles, apotheosized by Zeus, was taken up to Olympus and, in the phrase used by Ovid, even Atlas felt the weight of Heaven increase.

We will get back to you soon.